About Us
Sunshine Medical Centers

Mina Beheshti was born and raised in Iran until she decided to move to United States in 1996. She had to overcome many obstacles to receive an undergraduate student visa from the American consulate office in Turkey. She was finally granted her visa and came to Knoxville at the age of 20. She received her bachelor degree in nursing from the University of Tennessee and master degree in nursing from Lincoln Memorial University in Knoxville, TN. She got married to her husband the same year and has been living in Knoxville since then. Mina has two children, a son who recently graduated from Vanderbilt and a daughter who is a Sophomore at UT.

Mina has always been very compassionate about her patients. Moving to a foreign country and learning about a different culture and language has made her become who she is today. She believes that as a nurse practitioner she needs to act as a resource, teacher, caregiver, collaborator and client advocate to ensure and maximize her client’s success. 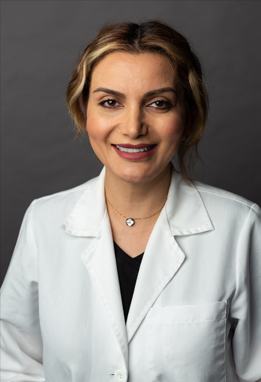